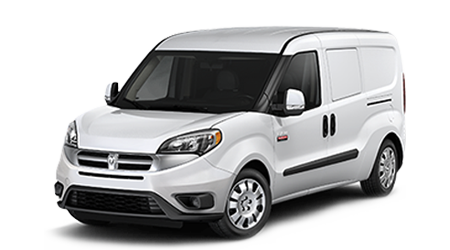 If you are in the market for a small cargo or passenger van for your local business or even for personal use, look no further than the 2016 Ram ProMaster City. This durable workshop-on-wheels is not only capable, but stylish and filled with amenities as well. If you are in the Kaneohe, Wahiawa, and Hawaii Kai and want to take your business to the next level, the seasoned sales team at Cutter CDJR Honolulu would like to help you do it. We are located in HONOLULU at 777 Ala Moana Blvd and proudly stock a wide range of amazing Ram commercial vehicles like the ProMaster City van. Let us earn your business by making you an offer you can't refuse on a 2016 Ram ProMaster City today!

The 2016 Ram ProMaster City comes with the most powerful four-cylinder engine in the Ram lineup -- the 2.4-liter Tigershark MultiAir four-cylinder engine that delivers best in class 178 horsepower and best in class 174 pound-feet of torque. It's mated to an innovative nine-speed automatic transmission. In comparison, the Chevrolet City Express comes with a 2.0-liter four-cylinder engine with 131 horsepower and 139 pound-feet of torque, and is matched to a CVT gearbox. You don't need glasses to see that the 2016 Ram ProMaster City is the actual master when it comes to power!

Obviously, when you are driving a van for business deliveries or to house the tools of your trade, or even to make sure you and all of your friends get to your destination together (with all of your luggage), you need space. The 2016 Ram ProMaster City van and wagon has plenty of that, with 131.7 cubic feet of cargo volume which is a best-in-class number for cargo vans. By contrast, you will only find 122.7 cubic feet of cargo space in the Chevrolet City Express, so if it's space you need -- and we are assuming you do -- the 2016 Ram ProMaster City wins this contest hands down!

Find a Ram ProMaster City Van or Wagon in HONOLULU