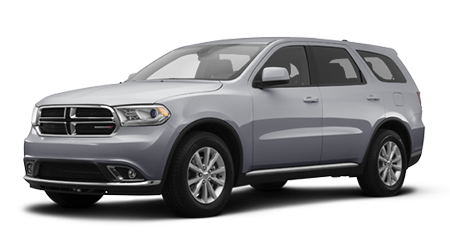 Need a reliable, 7-passenger SUV that can transport your family and all your gear? Then the 2015 Dodge Durango is the full-size vehicle for you -- and it has been for nearly two decades. The friendly folks at Cutter CDJR Honolulu in Honolulu, HI, are ready to show you everything this versatile SUV has to offer. Serving the communities of Hawaii Kai, Kapolei, and Kailua, we're ready to deal on a new 2015 Dodge Durango and know that you are, too!

The 2015 Dodge Durango can haul cargo and people like nobody's business. And what aids its smooth and comfortable ride is the powertrain. Under the hood is a 3.6-liter Pentastar V6 24-valve engine with 290 hp or a massive 5.7-liter V8 HEMI MDS engine with a hefty 360 hp which power the 2015 Durango. Both Durango engine connect to an 8-speed automatic transmission and all models come standard with FWD while AWD is an option. The Durango is no slouch when it comes to fuel efficiency, either, with the V6 getting an EPA-estimated 18/25 mpg. So even with a heavy load, the 2015 Dodge Durango will help save on gas

Five models are offered for the 2015 Dodge Durango -- the base SXT, SXT Plus, Limited, R/T, and Citadel. And if like taking boats out onto the Pacific, any model of the Durango has the power to do so. The V6 has a maximum towing capacity of 6,200 pounds while the V8 can tow an enormous 7400 pounds. But the Durango is still a stylish SUV that looks and feels good without hauling anything behind you. Standard features include island without hauling anything behind you. Standard features include automatic halogen headlamps, power heated side mirrors, a 6-speaker audio system with 5-inch touchscreen, Bluetooth for phone and audio, steering wheel mounted controls, and Uconnect. The SXT Plus adds SiriusXM and power front seats. The Limited trim adds a heated steering wheel and heated seats (that you probably won't need on the Island!) memory for driver's seat, mirrors, and radio, an 8.4-inch touchscreen, and lumbar support. Move up to the R/T, and you'll enjoy leather seats and other amenities. The Citadel trim will give you 5-year SiriusXM Traffic and TravelLink Service, premium leather, and navigation. You'll won't have any problems traveling the Hawaiian Islands in the Citadel.

Come check out our large selection of 2015 Dodge Durangos at Cutter CDJR Honolulu. This is an SUV you'll be proud to show off in your driveway in Kailua, Hawaii Kai or Kapolei. Let us take you and your family for a spin so you can play with all the bells and whistles the 2015 Durango has to offer. In a few hours, you and your brood will be zooming down the streets of Oahu in style and sophistication!